In this article for the British Medical Journal (now known as BMJ), executive editor Kamran Abbasi reveals that politicians and governments are suppressing science through by "delaying publication, cherry picking favourable research, or gagging scientists". This, he says is "state corruption on a grand scale, and it is harmful to public health".

Abbasi cites some examples of suppression of science and scientists in the UK: (1) the lack of transparency in the membership, research, and deliberation of the Scientific Advisory Group for Emergencies (SAGE), (2) the delayed publication of the Public Health England's report on COVID-19 and inequalities, (3) health department and prime minister's office blocked the publication of a research on antibody tests showing that real world tests fall short of the performance claimed by its makers.

Abbasi adds that in a time of emergency, it is most important to safeguard science. He then proceeds to outline some recommendation on how this can be done. He closes his article with the following words: "The medical-political complex tends towards suppression of science to aggrandise and enrich those in power. And, as the powerful become more successful, richer, and further intoxicated with power, the inconvenient truths of science are suppressed. When good science is suppressed, people die."

Abbasi is a physician and a visiting professor at the Department of Primary Care and Public Health, Imperial College London. He is also the editor of the Journal of the Royal Society of Medicine. He also served as consultant editor for PLOS Medicine and the Bulletin of the World Health Organization.

Editor's Note: Abbasi's article drives home the reality that there is real suppression in the science concerning COVID-19. Censorship in social media of dissenting insights, as well as the systematic smear campaign against doctors who offer alternative solutions to this pandemic are no coincidence [also read The Pandemic of Censorship and category on Censorship]. They are deliberate, and are aimed at keeping citizens in the dark.

But the truth is out. As governments continue to control us through its fear-based narrative, citizens are starting to push back. The truth is on our side, we simply have to open our eyes, realize the lies we have been told, and overcome the fear [see Ending the COVID-19 “Scamdemic” to discover the Seven global developments which are challenging the mainstream COVID-19 narrative]. 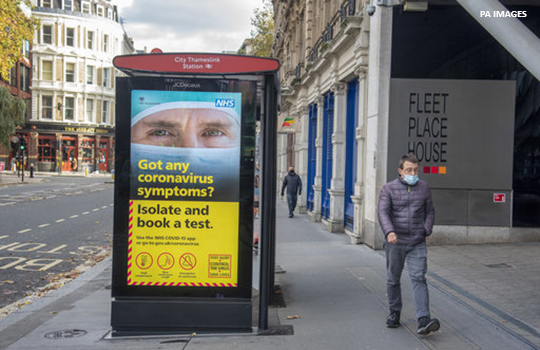 When good science is suppressed by the medical-political complex, people die Politicians and governments are suppressing science. They do so in the public interest, they say, to accelerate availability of diagnostics and treatments. They do so to support innovation, to bring products to market at unprecedented speed. Both of these reasons are partly plausible; the greatest deceptions are founded in a grain of truth. But the underlying behaviour is troubling. Science is being suppressed for political and financial gain. Covid-19 has unleashed state corruption on a grand scale, and it is harmful to public health.1 Politicians and industry are responsible for this opportunistic embezzlement. So too are scientists and health experts. The pandemic has revealed how the medical-political complex can be manipulated in an emergency—a time when it is even more important to safeguard science. The UK’s pandemic response provides at least four examples of suppression of science or scientists. First, the membership, research, and deliberations of the Scientific Advisory Group for Emergencies (SAGE) were initially secret until a press leak forced transparency.2 The leak revealed inappropriate involvement of government advisers in SAGE, while exposing under-representation from public health, clinical care, women, and ethnic minorities. Indeed, the government was also recently ordered to release a 2016 report on deficiencies in pandemic preparedness, Operation Cygnus, following a verdict from the Information Commissioner’s Office.34 …