Dr. Michael Yeadon and Dr. Wolfgang Wodarg filed on December 1, 2020 an application with the European Medical Agency (EMA) to suspend all trials for all SARS-CoV-2 vaccines, particularly that of the BioNtech/Pfizer vaccine. The petition came out a day before the UK government approved the vaccine for emergency use.

In the petition, Dr. Yeadon and Dr. Wodarg said, that all vaccine trials must be stopped until a study design that can address the significant safety concerns of the vaccine and the flaws of the current study design has been corrected.

Dr. Yeadon requests all EU citizens to co-sign the petition by sending the prepared statements to the EMA email address at press@ema.europa.eu. For more information, please see the official press release in the attachments below.

Editor's Note: No COVID vaccine has been tested long enough to say that any of them are safe. The initial success of these vaccines which are being touted by mainstream media mean nothing, as experts are already telling us that the trial design are faulty. Will you willingly take a vaccine whose initial results are showing the possibility of serious complications? Will you let your government mandate mass vaccination for an illness that is preventable, curable, and not deadly?

Note also that the Pfizer and Moderna vaccines utilized the mRNA technology, which has never before been used in vaccine development. Mass vaccinations of this kind of vaccine, without knowing its long term health impacts is nothing more than an experiment on people. 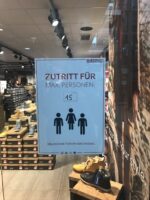 Dr. Wodarg and Dr. Yeadon request a stop of all corona vaccination studies and call for co-signing the petition - 2020 NEWS

On December 1, 2020, the ex-Pfizer head of respiratory research Dr. Michael Yeadon and the lung specialist and former head of the public health department Dr. Wolfgang Wodarg filed an application with the EMA, the European Medicine Agency responsible for EU-wide drug approval, for the immediate suspension of all SARS CoV 2 vaccine studies, in […]

This vaccine without proper testing is Very Dangerous and putting humans at risk of dangerous harm! In other words unethical.
Having immunity to litigation would make anyone concerned and s optical of the reasons for the need for immunity to damages incurred as a result of any vaccines.
And as a result vaccines should remain personal choice, most certainly not mandated!!

SARS COV 2 throws up many issues that need to be thoroughly addressed hopefully in a court of law. Whitty in his slides presented it as no more virulent than a bad year of influenza, there has never been an successful vaccine for corona viruses, why the rush for a vaccine, the myriad of conflicts of interests amongst the various actors involved in pushing the vaccine, the lock down policies and the subsequent suffering from these policies not to mention that many deaths were as a result, the casedemic with PCR tests, the censorship of those who question, the strategies now in play for the involvement of the army, the reining of civil liberties, and for a virus that poses less danger to the population than many other illnesses.