We are writing these descriptors of our various episodes for two reasons. First, we want to enable our followers and free subscribers on our different platforms to have an overview of the episodes they missed especially because Facebook removed the live stream record of our episodes.  Second, since the episodes are in the Filipino language, we want our global foreign audience to understand what we broadcasted.  Our foreign guests need only look at the more than 100 slides, on average, that accompany our Episodes. Through the slides, they can more or less have a sense of what we are covering in our Episodes.  We hope to finish these descriptors in a few weeks.

The world is in chaos. There is a lot of totally new and even bizarre developments that no longer fit into the previous “normal”. It is difficult to discern what is right from what is wrong. Maybe right or wrong depends on some other factors. The news is so gross that it is difficult to accept. All seems to be connected with the installation of a New World Order (NW0) globally, including in the Philippines. This episode aims to put some sense into the interconnections of many seemingly unconnected developments in the world.

We begin by informing readers that our channel continues to be heavily censored by Facebook. They have already deleted 7 episodes and all the conversations connected with these. FB wants us to avoid topics that question their preferred narrative. We will not yield even if we expect more relentless censorship with all our upcoming episodes, including this one. And sure enough, they censored this episode shortly after we streamed it live. At least several thousand people saw this episode before it was taken down. We encouraged people to migrate to our other platforms at Telegram and Rumble. Addresses are found in the early part of this video.

We encouraged our FB followers to share the Episode link with others. We have 11 unique videos embedded in this Episode, some of them shocking. And others giving a unique perspective on the unlikely transformation that the world will be seeing in the months and years to come.

We have been emphasizing in past episodes the connection between Covid and the war in Ukraine. We hypothesized that those who were easily fooled into being vaccinated would also be easily taken by the mainstream media disinformation in connection with the war in Ukraine. We had emphasized that the same higher power runs the media coverage, both in Covid and the Ukraine war.

We were correct. Now a study in Canada showed exactly this point. The title of the study from EKOS Politics has this title: “Public Attitudes to Ukraine Conflict by Vaccine Acceptance”. The vaccinated clearly showed a pro-Ukraine perspective. The unvaccinated had a more nuanced response, indicating conscious processing of the information.

We then explain why we cover the war in Ukraine together with the Covid Issue. Similar disinformation is deployed in both.  Same actors are involved. Ukraine gives a foretaste of our future to come. Covid does not exist in isolation from world events. Knowing the reality will help us prepare to engage the futures that could be.

Vaccines continue to fail. We marshal evidence from the UK, Canada, the US, and Australia. The science is in. The vaccines are not only effective. They are not safe. More than 90% who die from Covid are vaccinated. In addition, the evidence for the negative efficacy of the vaccines is overwhelming. The Covid vaccines can be over -100% efficacy among the vaccinated. Negative efficacy means that the more vaccinated one is, the more one is likely to be infected with Covid disease. In addition, the toxic spike proteins enter various organs of the body and cause serious damage. They also diminish the power of the human immune system leading to increasing numbers of AIDS.

A considerable amount of the problem of vaccine failure can be traced to the massive fraud that pervades the Covid scam. Fraud infects regulators, legislatures, Big Pharma, and doctors. This fraud has resulted, among others, in the conspiracy to murder Covid patients on a massive scale. Execution drugs have been used by hospitals and medical doctors. In effect, the establishment has permitted to execute Covid patients, especially the elderly ones. Evidence of this exists in Sweden, the US, and the UK.

Big Pharma has created an assassination list of doctors with a conscience. These doctors have blown the whistle on medical malpractice like these conscious executions of patients. Number 1 in their hit list is Dr. Ardis who first exposed the fraud in the forced use of the deadly Remdesivir among Covid patients. Next is Dr. Zelenko, an early Covid dissenter, and the discovery of safe early treatment protocols for COVID-19. We included a moving video of Dr. Zelenko who said that he was prepared to die to surface the truth and save the lives of millions. Big Pharma has no gain in assassinating him as he has shared, with multiple friends, treatment protocols for a range of diseases including COVID-19.

With the Covid backdrop, we examine the war in Ukraine. We immediately note that all news coming out of Ukraine is censored. This is the perfect condition for rolling out censorship, disinformation, and propaganda just like with mainstream media in the Covid coverage. Nonetheless, after weeks of disinformation and/or denial, the following are now considered facts as far as Ukraine is concerned:

The Multiple Resets of the Great Reset of the NWO

In past Episodes, we outlined the five major goals of the Great Reset of the NWO. We begin this section of the video with the video announcement of President Biden that the US needs to lead the entry of the planet into a New World Order.

We ran out of time towards the end. We will tackle the issue of cultural reset, human extinction, moral collapse in more detail in the next Episode.

Meanwhile, we briefly touched on the tragic situation where all presidential candidates in the Philippines have a very miniscule idea of what the New World Order means. Yet one of them, the son of the former dictator, Ferdinand Marcos, went public saying the Philippines needed to align with the US in the incoming manifestation of the New World Order. 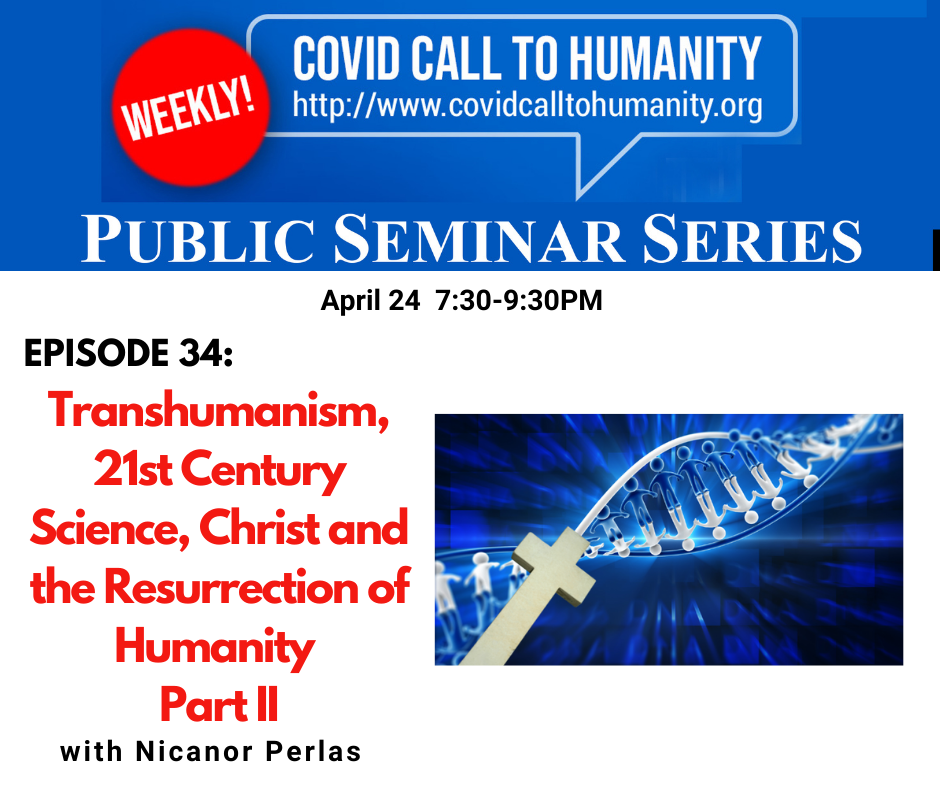 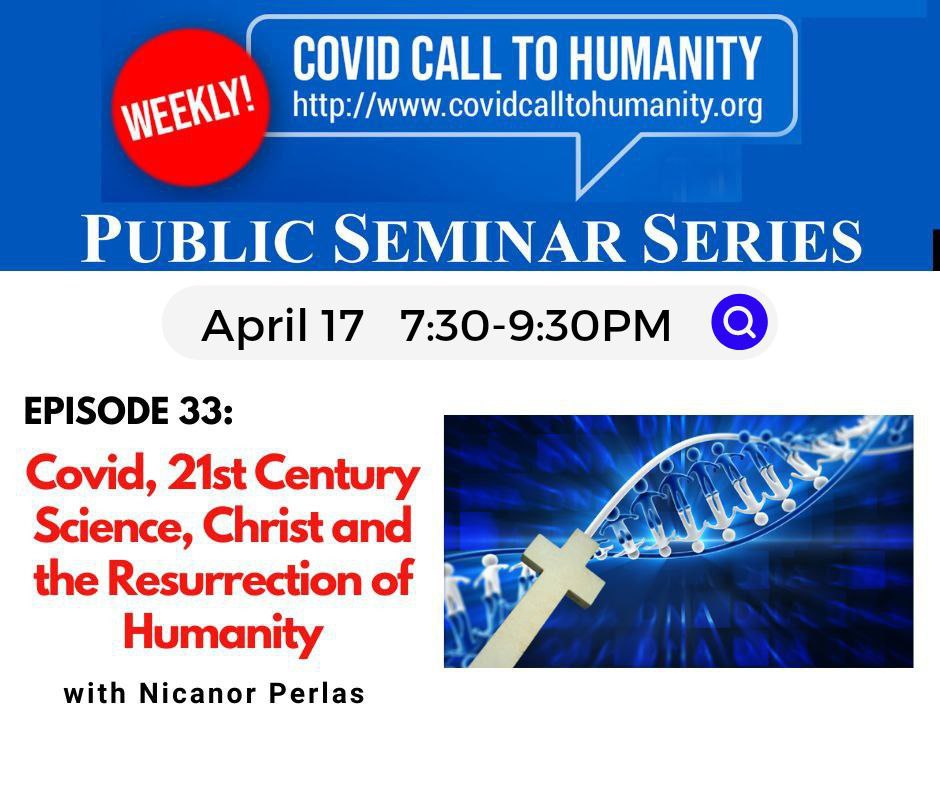 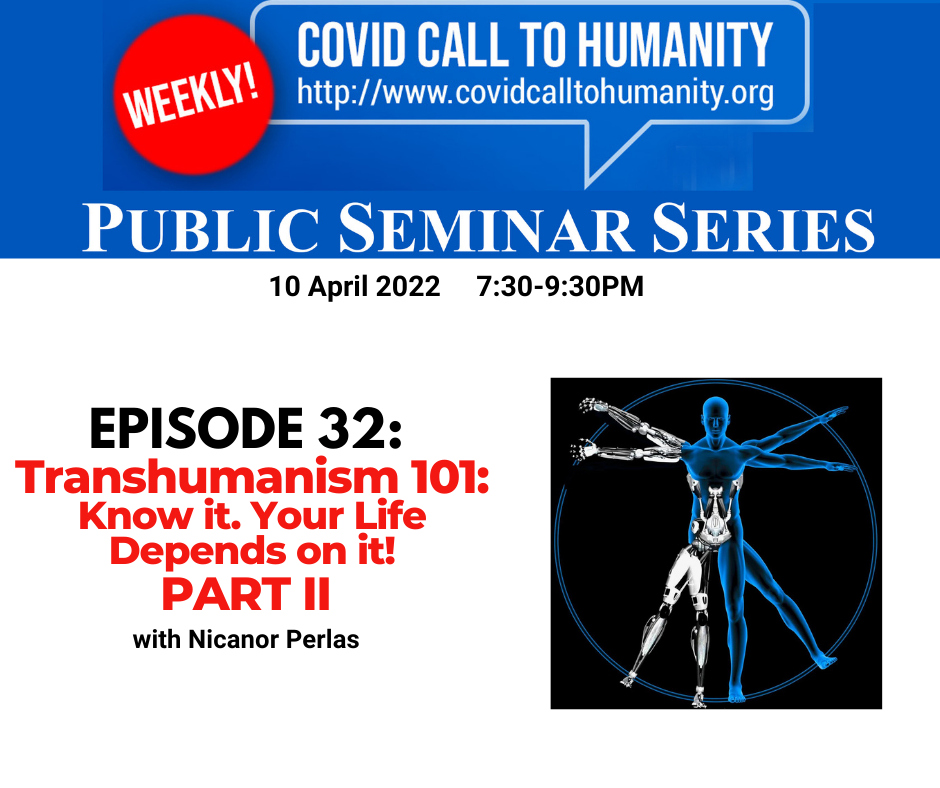 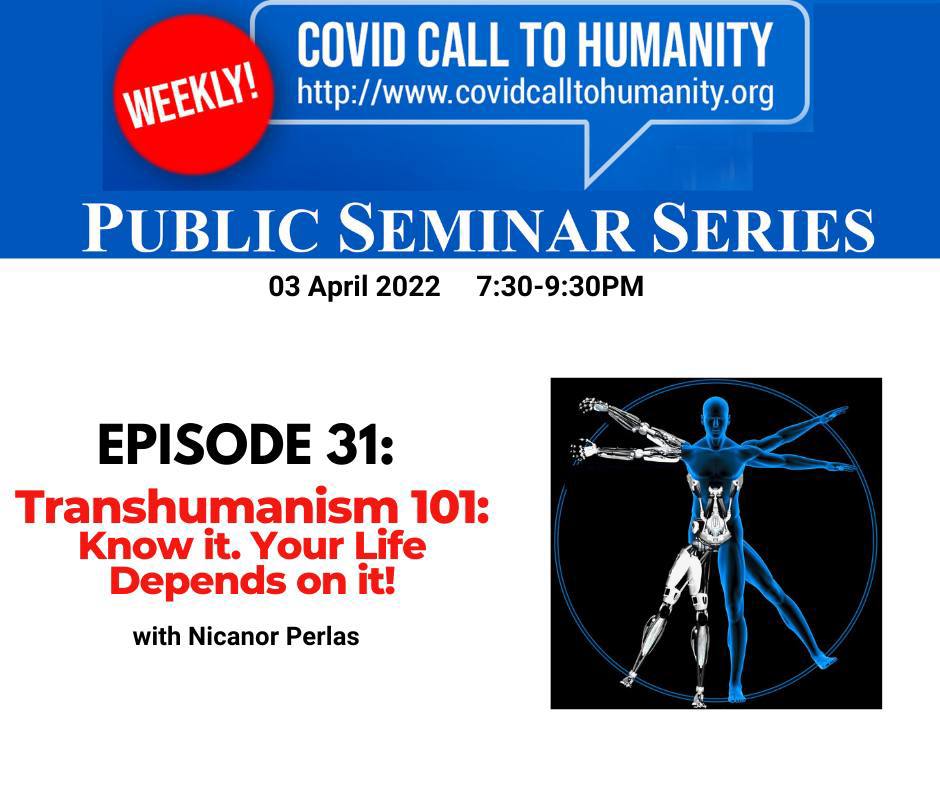 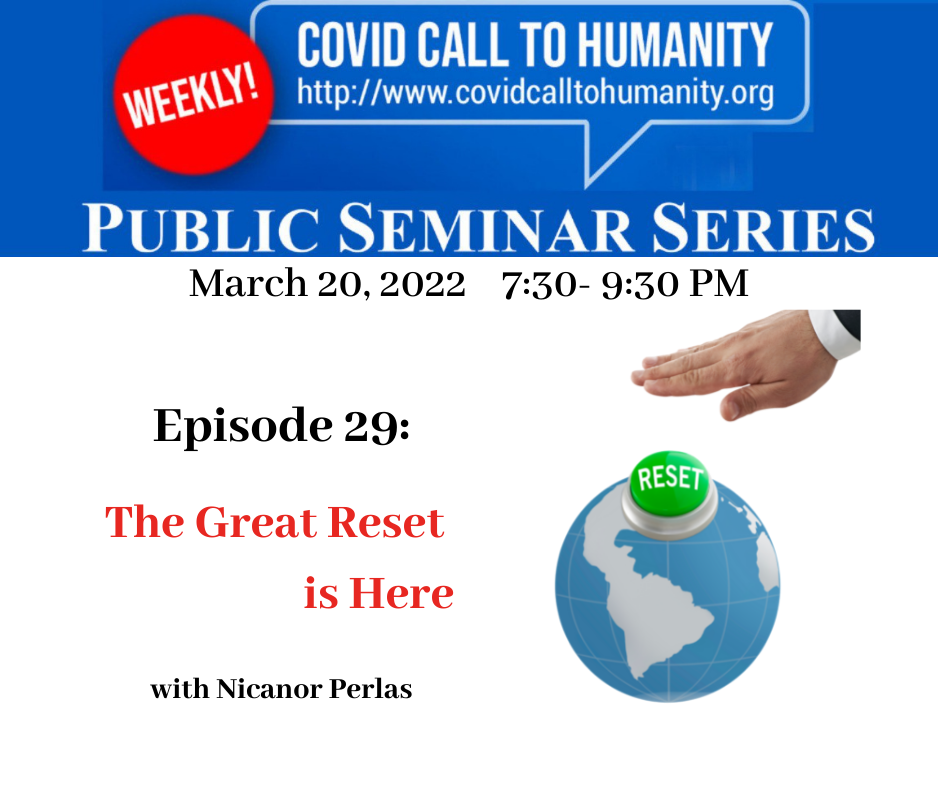 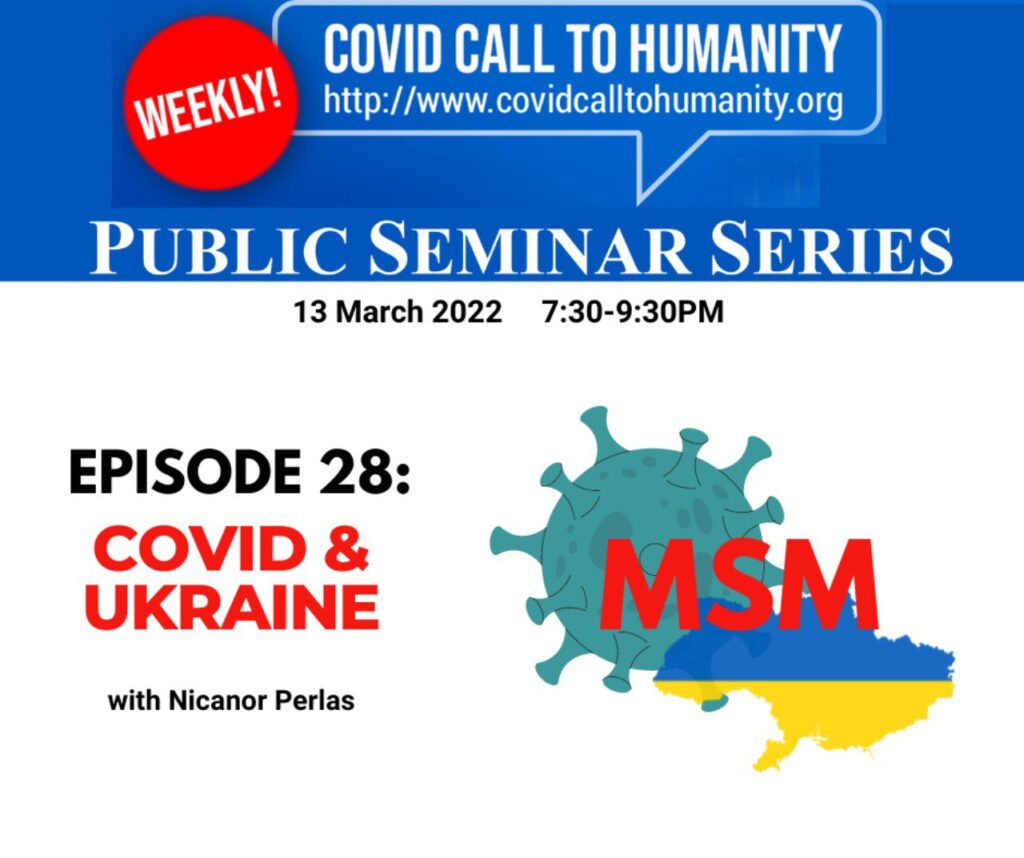 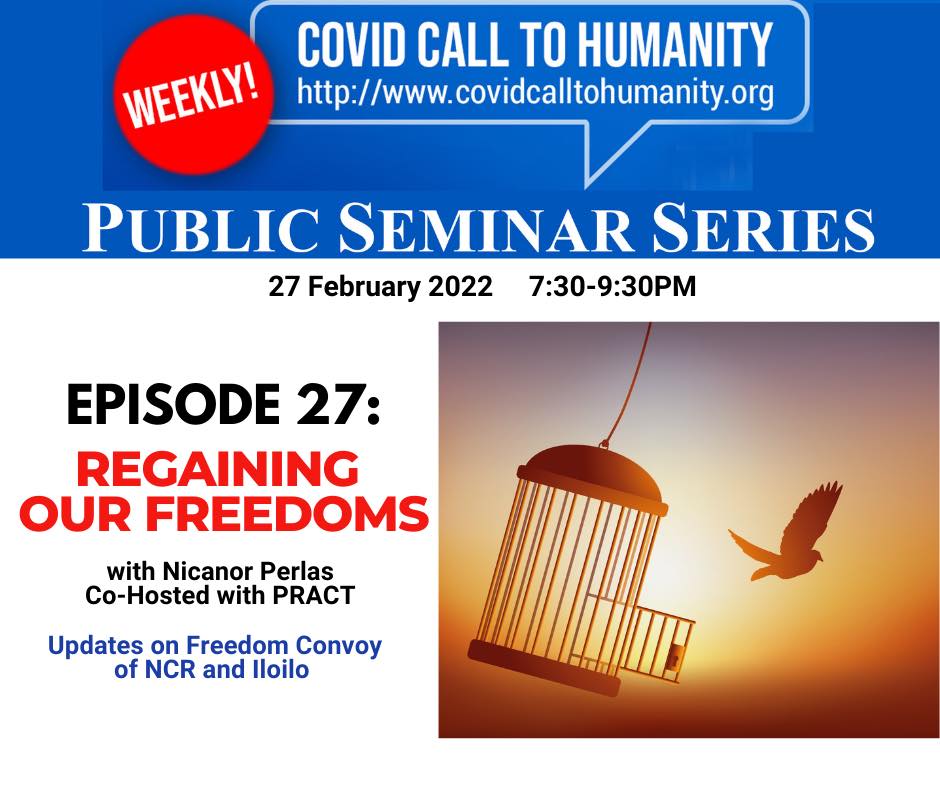 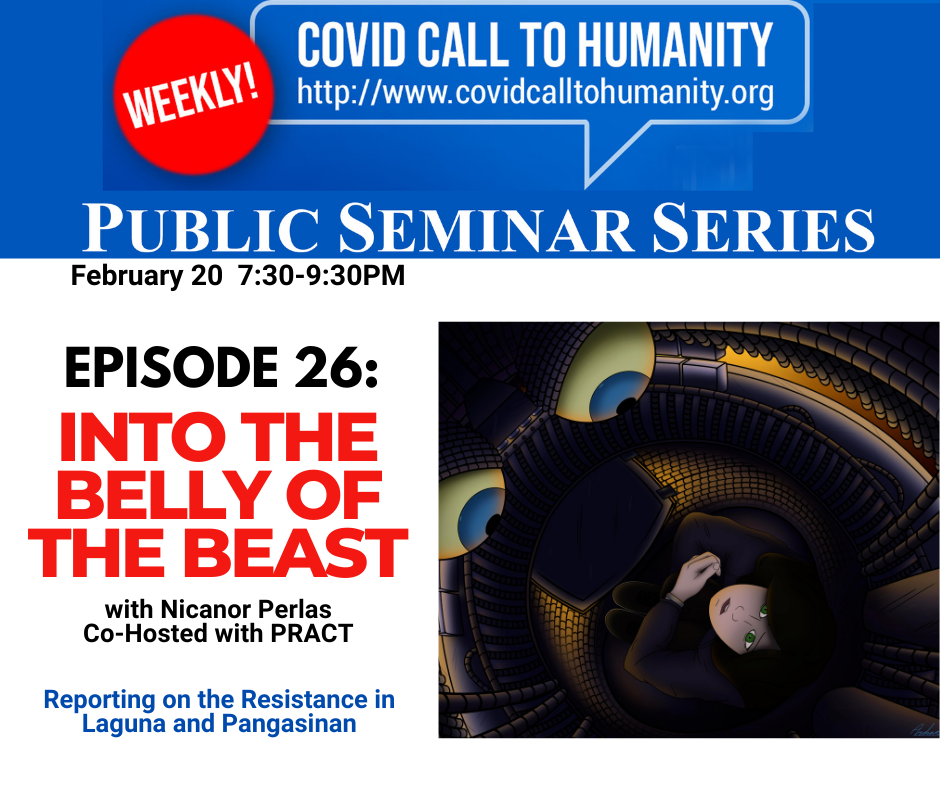 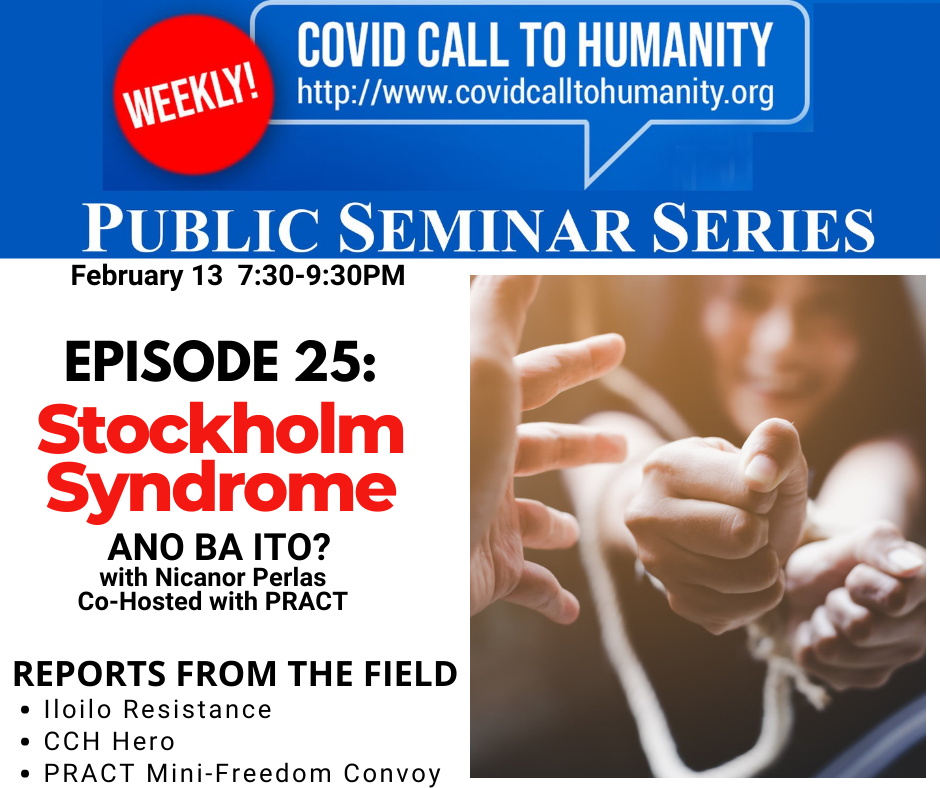 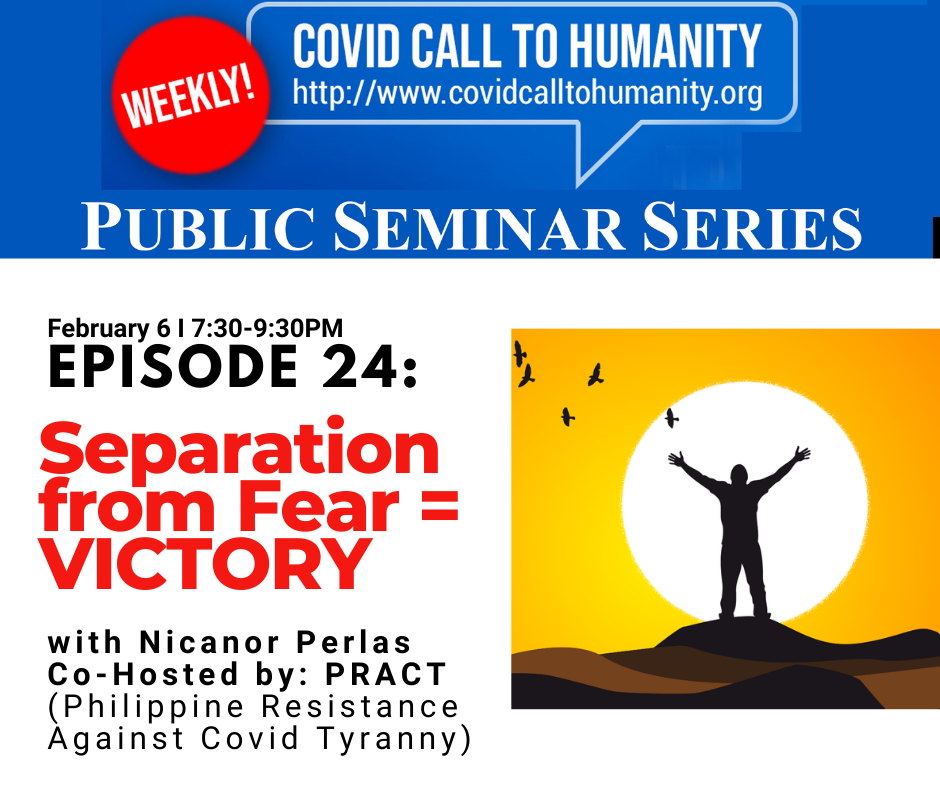